Planting Seeds That Could Grow Into New Farmers 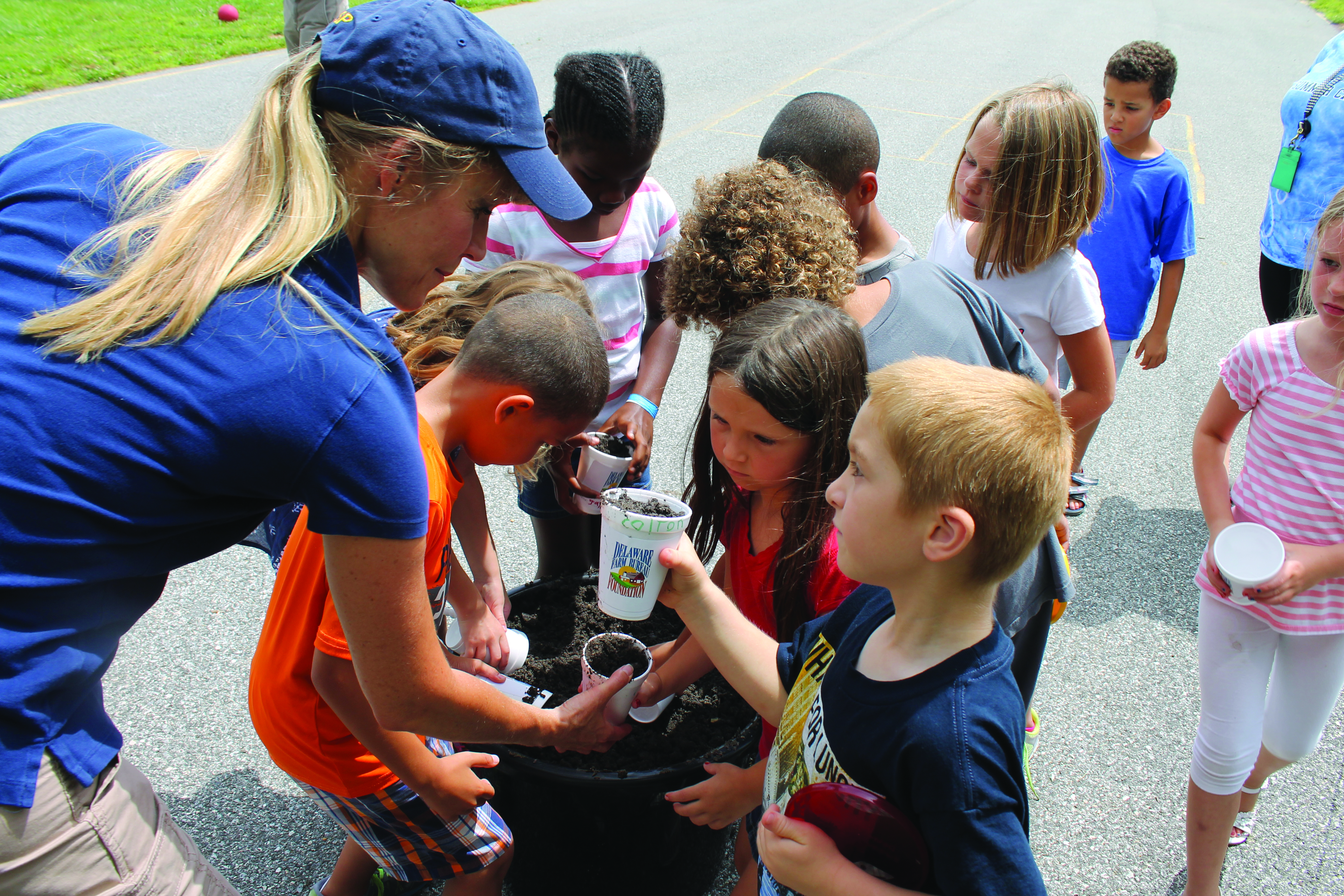 If you were to take a drive in Delaware, chances are you would pass a farm at some point along the way—if not more than one. Corn, soybeans, chickens, dairy cows, horses, even alpacas can be seen from roads all over the state. The agriculture industry plays a huge role in Delaware’s economy and way of life. You might be surprised by the number of people who don’t know much about how farmers help to put fresh, local food on our tables.

The Delaware Farm Bureau Foundation is working to solve that problem. The Bureau launched the mobile Ag Lab in 2014, a trailer outfitted with information, tools and fun activities meant to teach children about farming. Spearheading the effort is Farm Bureau Program Coordinator Laura Simpson.

“This is our second year,” said Simpson. “We go mostly to Boys and Girls Club camps, but occasionally we get requests from schools. We also do special events.”

The Ag Lab is hitched to the back of a pickup truck that wheels it up and down the state, from Wilmington to Georgetown, with many stops in between. Approximately 1,200 Delaware children participate in the program annually.

“We talk about what they feel a typical farmer looks like. A lot of times they guess overalls and a man with a beard.” Simpson said, “I tell them you don’t have to be old or young, or a man or woman. I also tell them that farming is a viable career choice.” After Simpson tells the children that anyone can be a farmer and conducts an activity on healthy eating, she reads them a book.

“I go through a little book called, “How Did That Get Into My Lunchbox,” which is an AFBF (American Farm Bureau Foundation) award-winning book, and we talk about what it takes to get from the farm to the grocery store. You start with planting a seed.”

Towards the end of the session, the kids get the opportunity to begin farming themselves by planting a cherry tomato plant in a styrofoam cup to take home. The children are very excited by the concept of growing something for themselves. One of the children participating told his friends, “I’m going to make my own ketchup now!”

The lesson is over in less than half an hour, but the children walk away with a new understanding of how farms affect their daily lives. When asked what they learned, the kids are eager to share their new knowledge.

Another camper, Samuel Cherry, said, “When you’re a farmer, you don’t need a boss. You’re basically a boss for yourself.” When asked if he would consider being a farmer now, Cherry nodded his head, with a smile on his face and his tomato plant in hand. There’s no way of knowing.