Delaware Electric Cooperative to Give $4.8 Million Back to Members in December 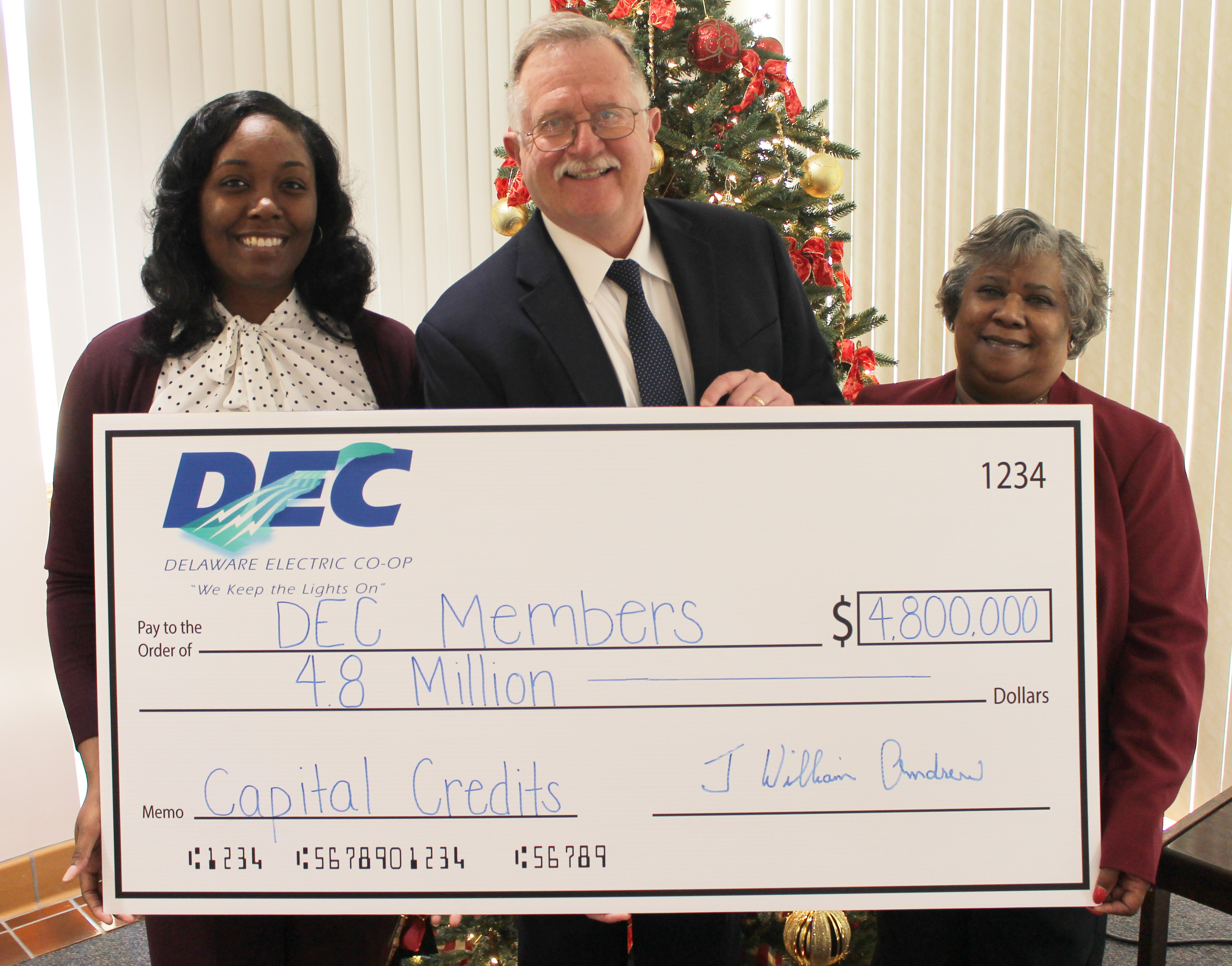 According to Bill Andrew, President and CEO of DEC, “Giving this money back to our members is part of what makes electric cooperatives so different from other utilities. We are owned by those we serve, return any profits to those we power and make decisions based on what’s best for our members. We try to return this money around the Christmas season because that’s when a lot of members need it the most.

Over the past five years the Cooperative has returned nearly $30 million to members.

Newer members who were not served by DEC in 2002, 2003 or 2004 will also eventually receive capital credits, but it may take a few years. Capital credits are considered to be a return on the members’ investment in the system. Each month members pay their electric bill, they are helping to pay for improvements to the system that keep the lights on. The immediate payback is in the form of increased reliability and low rates.

After about 13 years, members begin seeing an even greater return on their investment in the form of either a yearly billing credit or a check from the Cooperative. Members don’t receive a refund the first few years because it wouldn’t be fair to the older members who have paid for the current electrical system.

Anyone with questions about their capital credit refund should call the Cooperative at 855-332-9090.

Delaware Electric Cooperative is a member-owned electric utility serving 95,000 member-owners in Kent and Sussex Counties. For more information, visit us on the web at www.delaware.coop or www.beatthepeak.coop or follow us on Twitter and Facebook.