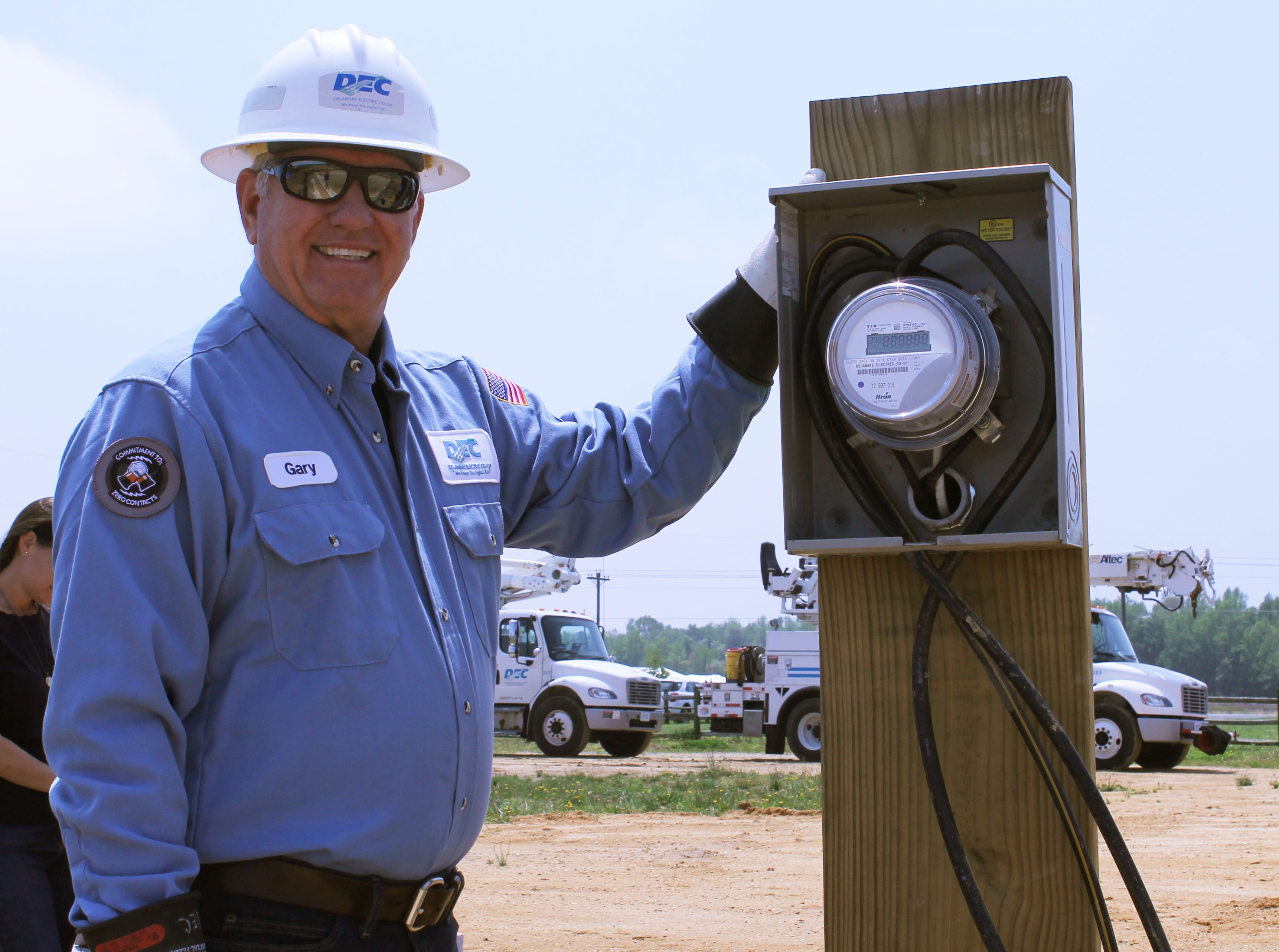 Delaware Electric Cooperative has installed its 100,000th meter, a major milestone for the not-for-profit utility founded back in 1936. The 100,000th meter was installed to serve a pole barn on the property of Erica Campbell outside of Greenwood in Sussex County. The property was one of the first electrified by the Cooperative back in the late 1930s – DEC’s Kratz Substation, the first to be built by the Co-op, is located about one mile away from Campbell’s property.

DEC was founded by a group of farmers back in 1936. The larger for-profit electric companies at the time wouldn’t invest in installing poles and wires in rural areas of the state. The farmers pooled their money together, secured loans and transformed the Delaware countryside one farm at a time.

According to Co-op President and CEO Bill Andrew, “It only seems appropriate that the Co-op’s 100,000th meter will power a barn, near a farmhouse dating back to 1900. We were founded to serve our rural communities. While a lot has changed since 1936, we are very proud of our history and are excited to be able to serve Erica Campbell and so many other farms, homes and businesses in Kent and Sussex Counties.”

To mark the occasion, Campbell was given a model Co-op bucket truck, DEC hat and other goodies. “It really is an honor. This is a momentous occasion and we’ve been very happy with the Co-op’s service over the past two years,” said Campbell.

DEC’s Master Meter Technician Gary Pusey set the 100,000th meter. Pusey has worked at the Cooperative for 48 years and will retire later this month. When he started, the Cooperative served just 19,000 meters. According to Pusey, “It’s quite an honor, I was thrilled when Bill asked me to do this. It has been a good ride which is coming to an end in three weeks. This has been a great place to work and I’m very thankful.”

The Cooperative is adding more than 3,000 meters per year. DEC has doubled in size since 2000. By the end of 2019, the Co-op will likely provide electrical service to more than 102,000 meters. Delaware Electric Co-op employees are excited to be able to power a growing number of homes and will continue working hard to provide members with affordable, sustainable and reliable power. Youth Tour 2022 was a success! By participating in this multi-event experience, students in the DEC service area have the opportunity to broaden their horizons while also having fun. Learn how our system controls department manages our field assets through the integration of system automation and how it impacts reliability across our system.